The other day I met a couple of my girls and as it would be there was gossip and ooohing and aaahing over pictures and invariably the talk turned to clothes. We spoke about the woes we’ve been facing and particularly when it comes to Saturday night shenanigans (Read Parties/ Nightclubs/Lounges) how does one be non repetitive and yet dressed in those beautiful BUT oh-so-expensive dresses.

And Voila! Right then and there while sipping on my Nutella milkshake an epiphany struck me that we’d not be having these discussions if we were in Chandigarh. Thanks to the newly passed rule which bans women from wearing short skirts or dresses for their personal “safety”. Obviously after the huge hue and cry the UT Home Ministry cleared that the Ban pertained to refusing licence to discotheques, pool game/virtual reality game/game machine parlours, bowling alleys including places where music, singing, dancing (excluding cinema) and facility of eating and consumption of alcohol are provided to the customers if they displayed “photographs of scantily dressed women” in “exhibition or advertisements whether by way of posters or in the newspapers”.

This is not the first instance of a government trying to enforce such a rule or atleast the appearance of trying to enforce a rule that dictates the dress code of women. Jeans or Skirts are banned in Tamil Nadu’s temples. Cause of course a woman wearing jeans has no business to pray to the Lord Almighty and all religious sentiments can be arisen in someone only if they wear suitable Indian clothes. Several colleges and educational institutions across the country have dappled with controversy while trying to implement a stricter dress code. 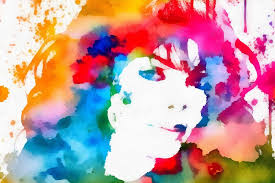 No I am not a feminist or an anti-feminist or any of those fancy terms activists use nowadays cause being a feminist implies women are inherently weaker or men don’t have issues which is untrue. I’m a common girl who does not understand why she has to wear a cardigan if she is driving to a Cocktail party in a spaghetti strap dress. I am a girl who is pained that every time she needs to go for a party she has to drag a male friend of hers 30 kms across the town so she doesn’t have to travel alone to the club. I am a girl who is guilty of getting an overtly tired male friend to do a detour each time she returns back at a so-called unsuitable hour.

I am absolutely not saying that this means that every human with an XX chromosome should start parading the streets at 1 A.M in short skirts but I feel that if someone wants to then what is the harm? Cause clothes do not determine being picked on by men. Girls that are still in pre school have been raped. Infant girls have been molested. In what way did they provoke men to suffer that fate? Closer Home I have stood at a station at 5 PM and been catcalled.I  have friends being followed on a scooter at 2 PM in the noon when they have been fully clothed, jacketed and even wearing a scarf.

The point I want to put forth is that this Moral Policing on what girls wear is not the solution to the ever increasing Crime Against Women. It’s important that the Men in this country be shaken and stirred till their conscience is awakened and they realise that each girl is an individual in her right and a No is No and noone can force themselves on somebody without their consent. And till that occurs I would want that the regulatory authorities be a little more responsible and humane when dealing with all this. And lastly I appeal to each and every man out there to PLEASE respect the dignity of a woman and not shatter it!