I am judged everywhere I go as people usually assume that I am a party going chilled 90s kid but when they know that I am someone whose weekend party does not involve drinking and smoking and the occasional indulgence of grass I get my fair share of raised eyebrows. No I do not have anything against any of these and I am fine with the world indulging in them but what I DON’T get is their fixation with getting me to try it. If I say I haven’t ever tried even one of these I would be a hypocrite but forgive me cause the one time I did it failed to keep me hooked to it.

I love being the sober one even though am called the Bore of the party (there are way more crude ways people put it as and this is the most polite one) cause I do not feel that am losing out on something instead each of these times when I go out I have learnt new things and observed such sights which I would have missed otherwise. 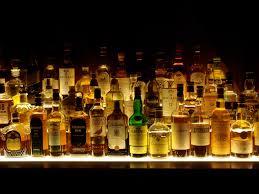 The honesty that some people express on being drunk is wondrous. The childlike behaviour and the blatant truth served rare is worth it. Since you might know people for a long time but their inner identity gets wrapped up in layers of societal conformity and I enjoy watching them shed these layers. The expressions when someone guzzles down an entire mug of beer is something so photo worthy but the experience of seeing it for yourself in reality is completely different. I have been told time and again that drinking is fun cause you lose your inhibitions. I personally feel that there are people with whom I have the No Filter Policy and that is applicable even at 8 AM in the morning and if there are those in front of whom my guard is up I would like it to remain so; thus sorry drinking you and me won’t work out!

Smoking is something which I would consider for no other reason except the fact that it is said to help one lose weight and I have seen people’s appetites falling drastically after they have started smoking. But is this enough for me to do it? Nah! Instead I love watching someone light their cigarette. There is something so intimate in that moment cause for the smoker there ceases to be anyone for those few seconds except them and their light. If I’d be a painter am sure I would do a series of trying to capture that scene on the canvas.

Will I be horribly judged for this post? Yes! Will people misunderstand me? Definitely! But the only opinion I have is that when I do not feel entitled to even have an opinion on others doing something why do they get to have one on me not doing it? Why is that if I am at a party and people whom I have known for years will still insist on me having that one celebratory shot of tequila? Is conformity to society increased so much that anyone not doing something socially acceptable should be judged, made fun of and even mocked? It is an answer I still don’t have …